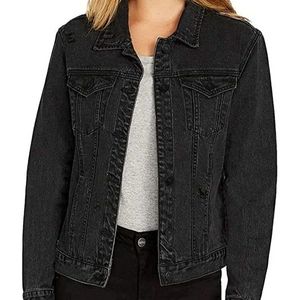 Buffalo David Bitton denim black jacket brand new with tags. Has some distressing throughout the jacket with 2 top pockets and 2 bottom pockets(smaller sized pockets). Make me an offer!!
|||